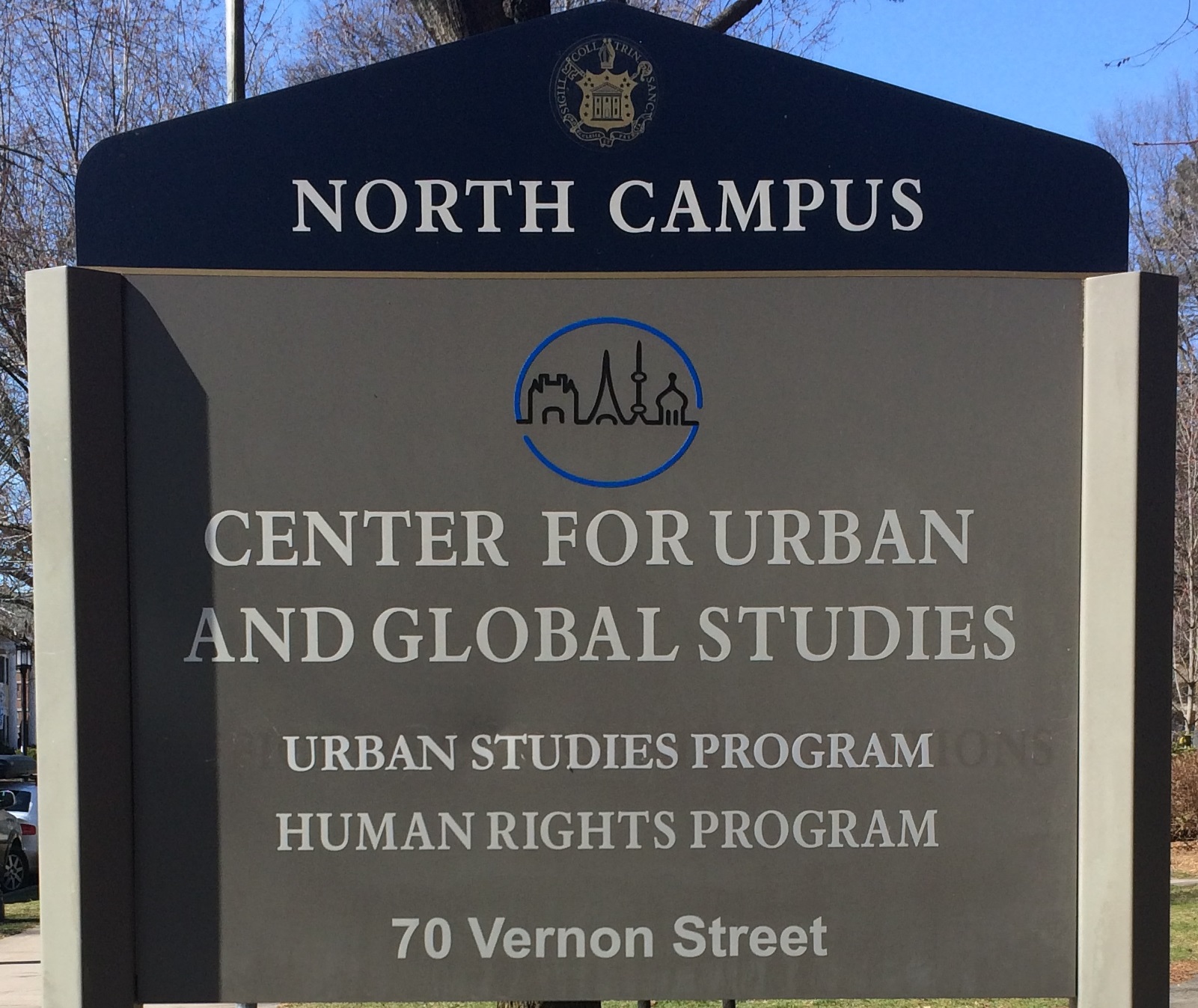 October 2017 marks the 10th anniversary of the Center for Urban
and Global Studies (CUGS) at Trinity College. Since its official launch in
October 2007, CUGS has played a major role in developing and connecting
urban and global initiatives and activities on campus, in Hartford, and
around the world. In this special issue of The Urban Planet, we are proud to
celebrate CUGS’ steady growth and its wide-ranging work to facilitate
Trinity’s educational mission locally and globally. To give a statistical
summary of our work, over the past decade we have hosted 15 visiting
scholars from nine countries, taken over 150 Trinity students on the River
Cities summer program to Asia, organized about 80 faculty lectures and
student presentations in our Global Vantage Point Lecture Series,
supported over 50 Trinity students’ research in Hartford and international
cities, and graduated over 150 graduates from the Cities Gateway Program.

We played the key role in developing and growing the Urban Studies pro-
gram and have produced nearly 50 majors so far.. We have organized and

co-sponsored eight conferences and symposia, published books and articles
based on collaborative research between Trinity faculty and students and
outside scholars, and contributed intellectually, financially, and logistically

to a variety of organizations, activities, and events in the Hartford commu-
nity. Trinfo.Cafe, affiliated with CUGS, has averaged 18,000 visits from the

community and neighborhoods per year over the last 10 years. These fig-
ures aside, this special issue features the reports and reflections by a variety

of Trinity students, alumni, faculty, and staff, as well as our local communi-
ty partners about their experiences and interactions with CUGS. We thank

all the people and organizations on and off campus who have supported
us, worked with us, and contributed to our growth and sustainability.