A Global Summer for the CUGS Faculty 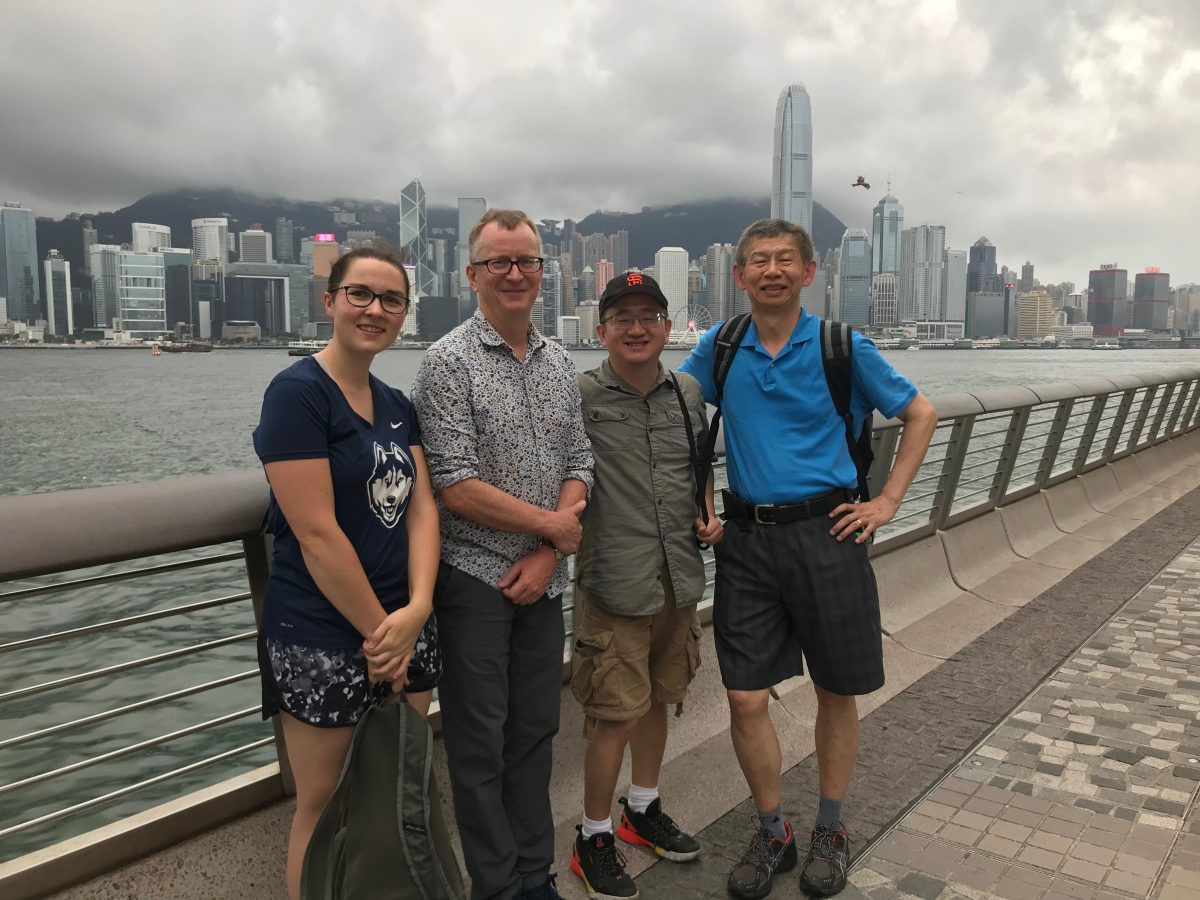 Our team was busy traveling, researching, and writing around the world this summer. Here is what we’ve been up to:

Garth Myers has been appointed as CUGS’s new Director, for 2019-2022. Myers had been Director of the Urban Studies program, 2013-2019. Garth taught in the China Summer course on the cities of the Great Bay Area in June, and then completed and submitted the first draft of his fifth book, Rethinking Urbanism: Lessons from Postcolonial Studies and the Global South (Bristol University Press, 2020). He is working with colleagues at the University of Hartford, University of Connecticut, Southern Connecticut State University, Harvard and NYU on planning two Spring 2020 workshops, on Climate Change and Connecticut Cities, and Gentrification and Diversity, respectively.

Dean Chen will take a well deserved sabbatical this year. This summer, he co-led a new China summer program consisting of 14 students, four faculty members, and Gabby Nelson as the TA through four southern Chinese cities in June. After the program, he taught a summer class at Fudan University where he is a guest professor for international students. Focused on China’s Belt and Road Initiative, the class drew 35 students from 12 countries. Besides teaching, he conducted field research in several Chinese cities.

We welcome David Lukens to our team for 2019-2020. David is an urban geographer with a Ph.D. in Geography from Clark University (2019). His research addresses the relationship between economic restructuring and urban governance, particularly as it is manifest in urban redevelopment, municipal finance strategies, and housing policy implementation. David has taught at Central Connecticut State University and Clark University and worked as a visiting researcher at Seoul National University’s Institute for Korean Regional Studies.

A Trinity faculty member since 2010, Yipeng Shen will serve as director of urban studies this academic year. An essential faculty member for several iterations of CUGS’ summer programs in China and southeast Asia and the coordinator of the new minor in urban China studies, we welcome Yipeng’s continued involvement with the center.

After the Spring term 2019 ended, Dr. Gamble  was invited to speak at the World Urban Bicycle forum in Quito, Ecuador which also happens to be the main city she researches. Invited by a local non-profit and organizer of the conference Biciacción, Dr. Gamble gave a presentation about her research results on cycling experiences and planning bike planes in Quito to a room of mayors and governmental decision-makers who were in attendance of the event. She continued her stay in Quito conducting interviews with municipal employees and political leaders on a program called Reduce the Assault that aims to reduce sexual violence and assault on public transport. She was interviewed by a local newspaper, El Comercio about this and her work on informal transport in Spanish. The rest of the summer she spent writing up a research grant and articles that are now under review. She finished up the summer by working on her book manuscript.

Emily Yen was working on her book manuscript on environmental justice in Southern California port communities.  She presented her work at the American Sociological Association Meeting, Society for the Study of Social Problems, and the Labor and Employment Relations Association.  She was also conducted archival research for her new comparative historical  project on the role of urban coalitions on shaping Chinese immigration policy.

From the beginning of July to the end of August. Dr. Ergül attended a course for international academics at Yale University . He also studied the work of French Philosopher Alain Badiou and sent an abstract on this topic to a symposium titled “Phenomenolgy and its Worlds” which will be organized by Villanova University.